For December, the International Catholic Stewardship Council recognizes one of its nonprofit members – Catholic Extension. 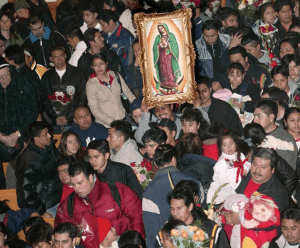 For more than 100 years, stewardship has been the foundation for the mission of Catholic Extension to strengthen and support the Catholic Church throughout the United States in places unable to sustain Catholic communities of faith themselves. Through the endless generosity of Catholic Extension donors, mission dioceses have received more than $500 million (more than $1 billion in today’s dollars) in support. These gifts have helped make the Church alive in communities where resources are scarce but faith is vibrant and growing.

Catholic Extension’s story begins in 1905 with Father Francis Clement Kelley. During his travels across the frontier of America, he witnessed poor and isolated communities struggling to practice their faith – often without any church. Passionate in his desire to support them, Father Kelley called upon all Catholics to share their gifts to help build the Church in these areas.

Catholic Extension’s support focuses on three areas – people, ministries and infrastructure – and is given based on need and a commitment to the growth of the Catholic faith. Catholic Extension supports such efforts as leadership development, vocations and seminary formation, and children, youth and young adults.

Ministries that serve Catholic faith communities and their surrounding areas are also funded by Catholic Extension. These ministries offer religious education, marriage preparation, liturgical materials, outreach to the marginalized and much more.

As to infrastructure, Catholic Extension builds, renovates and repairs churches and church facilities as well. Indeed, it has supported more than 12,000 such projects throughout its history. Today, these investments in infrastructure go beyond churches to include technology projects, operational support, and salary subsidies that help ensure the strength and stability of mission dioceses.

In 2012, the board of directors of the International Catholic Stewardship Council honored the work of Catholic Extension by extending to it the Christian Stewardship Award.

To learn more about the mission and ministry of Catholic Extension visit the organization’s website by clicking HERE. 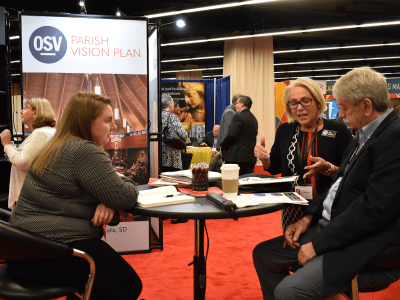 For January, the International Catholic Stewardship Council recognizes one of its nonprofit members – Our Sunday Visitor.

Founded in 1912 by Father John Francis Noll, OSV (Our Sunday Visitor) has been serving the Catholic Church and providing solutions for the Catholic community for more than 100 years. Through thoughtful listening to the challenges and needs of individuals, families, parishes and dioceses, OSV has grown to become one of the largest providers of …

END_OF_DOCUMENT_TOKEN_TO_BE_REPLACED 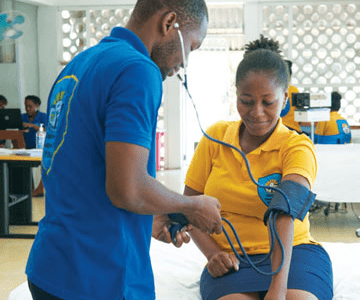 For November, the International Catholic Stewardship Council recognizes one of its nonprofit members – Cross Catholic Outreach.

Cross Catholic Outreach is a Catholic nonprofit organization whose mission is to mobilize the global Catholic Church to transform the poor and their communities materially and spiritually. The organization serves the poorest of the poor by channeling life-changing aid through an international network of dioceses, parishes and Catholic missionaries. This cost-effective approach helps break the …