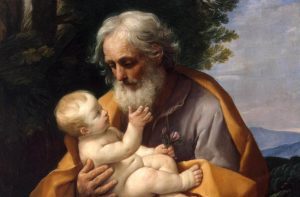 Next to the Blessed Virgin Mary, Saint Joseph is the most honored saint in the Catholic Church for being the foster father of Jesus and the husband of Mary. His traditional feast day is March 19. Joseph’s life is depicted in the gospels, particularly in Matthew and Luke. He was born in

Bethlehem and is described as being a descendant of King David.

Mary was betrothed to Joseph, but was pregnant with the Christ child before Joseph took her into his home. According to Jewish law at the time, Mary could have been stoned to death if she was believed to have been unfaithful to her betrothed. An angel of the Lord told Joseph to take Mary into his home, that the child was conceived through the Holy Spirit, and that his name would be Jesus.

After Jesus’ birth at Bethlehem, in yet another dream, Joseph was told to take Mary and Jesus to Egypt and remain there until Herod’s slaughter of newborns had come to an end with Herod’s own death. Joseph, Mary, and Jesus returned to the region of Galilee and settled in Nazareth where Joseph taught his craft of carpentry to Jesus. Joseph is last mentioned in the Gospels when, on their pilgrimage to Jerusalem, he and Mary frantically searched for the lost Jesus in Jerusalem, and found him in the Temple (Luke 2:42–52).

Saint Joseph was declared patron saint and protector of the universal Church by Pope Pius IX at the close of the First Vatican Council in 1870. He is also considered a spiritual model for families and Christian teaching frequently stresses his patience, persistence, and hard work as admirable qualities Christians should reflect upon and embrace. He is the patron saint of fathers, foster fathers, husbands, the unborn, working people in general and social justice.

Saint Joseph is the patron saint of several countries including Canada, China, Korea, Mexico and

Peru. Many cities, towns, and other locations are named after Saint Joseph as well; and it has been noted that the Spanish form of Saint Joseph, San Jose, is the most common place name in the world.

END_OF_DOCUMENT_TOKEN_TO_BE_REPLACED 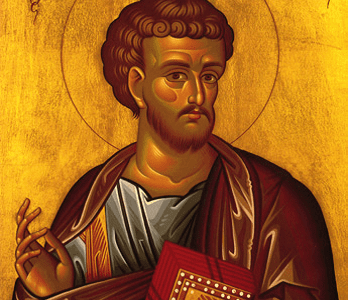