Stewardship Saint for October St. Theresa of the Child Jesus, or Theresa of Lisieux 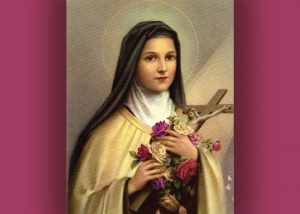 Saint Theresa of the Child Jesus, or Theresa of Lisieux, is a model stewardship saint because of her simple and practical way of life. Better known as the “Little Flower,” Theresa was an extremely popular saint in the first half of the twentieth century. Born in France in 1873 to a very pious family, Marie Francoise Therese Martin became a Carmelite nun at Lisieux, France, at the age of fifteen. She dedicated her life to growing in holiness in a very simple and straightforward way. She meditated on the Sacred Scriptures as well as the writings of famous saints such as Teresa of Avila, Francis de Sales and John of the Cross. She was faithful to the Carmelite Rule and the rhythm of daily life and worship in her religious community. Theresa believed that authentic holiness could be grasped by anyone. It was not just a pious ideal available only to clergy and religious.

In 1895 she suffered the initial stages of tuberculosis, the disease that eventually caused her death. And in the last two years of her life she remained at Lisieux and wrote a spiritual autobiography, The Story of a Soul, which became immensely popular and was translated into several languages after her death. She made a well-known promise to spend her life in heaven continuing to do good works on earth, “as long as there were souls to be saved.” She said she would let fall a “shower of roses” from heaven.

St. Theresa died in 1897 at the age of 24. She was canonized in 1925, an amazingly short length of time since her death. She was declared a Doctor of the Church by Saint John Paul II in 1997. Theresa of Lisieux is the patron saint of the missions, florists, aviators, and the countries France and Russia. Her feast day is October 1.

END_OF_DOCUMENT_TOKEN_TO_BE_REPLACED 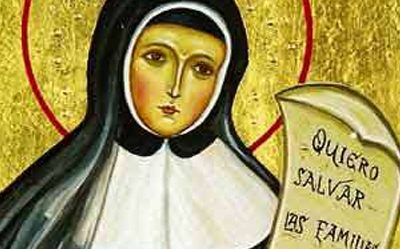