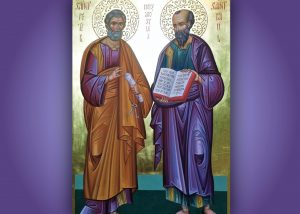 Great Stewards of the Church: Saints Peter and Paul

This month we highlight two of the great stewards of our faith, Saints Peter and Paul, commemorated on June 29. The two apostles are celebrated together as the founders of the early Church of Rome.

St. Peter held a preeminent status among Jesus’ disciples. He was very close to Jesus and is the apostle Jesus designated as the “rock” upon which his Church would be built. Even St. Paul acknowledged St. Peter as the pillar of the Church in Jerusalem. The Gospel of St. Luke describes Jesus commissioning St. Peter as the head of the disciples. In the first of his letters contained in the New Testament, St. Peter penned the stewardship reflection placed so prominently in the United States Bishops’ pastoral letter on Christian stewardship: “As each one has received a gift, use it to serve one another as good stewards of God’s varied grace” (1 Pt. 4:10).

Thinkers throughout the ages acknowledge St. Paul as a genius and his success as a missionary was unmatched. He was a highly educated Jew and interpreted his conversion experience on the road to Damascus as Christ’s personal call to preach the Good News to the Gentiles. He established Christian communities around the eastern Mediterranean, is noted for three great missionary journeys and wrote letters to various communities. St. Paul believed that exercising good stewardship over the gift of the Risen Christ was fundamental to eternal life.

How Saints Peter and Paul actually exercised stewardship over the Church in Rome is lost to history, but our faith tradition affirms that they jointly founded the Church of Rome, exercised a special authority over it and established its apostolic succession; a succession of bishops and popes that continues to this day.

END_OF_DOCUMENT_TOKEN_TO_BE_REPLACED 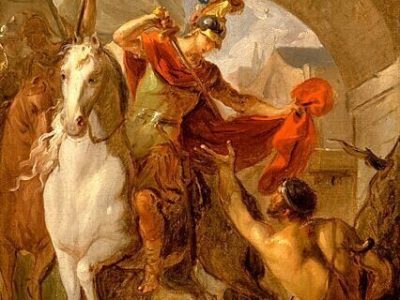 Saint MArtin of Tours St. Martin of Tours was born around 316 in a territory that is now part of Hungary. His father, an officer in the Roman army, conscripted Martin into military service at the age of fifteen. While Martin was still a soldier, there occurred the famous incidentmemorialized by many artists. One day …